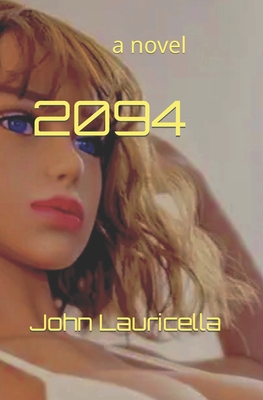 In an Illumined City of the Enhanced World, J Melmoth and wife Raquel are leisured, privileged, self-indulgent, and satisfied with the world that is. SmartBots do all the work, CelRenew keeps them young, organ cloning keeps them healthy, and microchips integrated with their brains keep them connected. Disturbing their contentment from afar, news stories manifest from windowalls to report widespread sabotage of nuclear waste storage sites in Mexico's Badlands, even as Discipline & Punish continues to detain prospective terrorists in Gulag Cuba. Melmoth and Raquel take as givens the continuance of their techno-mediated lives and their exemption from surveillance and control. They fail to appreciate the commitment and resolve of Mexican rebels, who cross the Badlands and Sierra Madre in search of their stolen families and the wisdom of the Tarahumara. They are blind to the faith and steadfastness of Gulag detainees, who refuse microchip implantation despite wonders on offer; confined in-cage, obliged to fieldwork, detainees are denigrated as miscreants and tortured with comforts. Inside the geodesic domes of Mars Colony, Initiates of ancient knowledge monitor and control the dispensation on Earth while New Age alchemists work to recover the Philosopher's Stone. The secret to immortality lies in gold - it is a matter of creating enough or of finding it. The paradise promised by a century of high-technology seems at hand. Or is it? Why does Melmoth's SmartBot malfunction, and Raquel's follow suit? Why has the historical record been changed and a famous novel tinkered with? Gulag internees court death by resisting microchip enhancement. The Mexicans' quest leads them to the ancient city of Teotihuacan - conveniently for the eggheads on Mars, who fail repeatedly to transform base metals into gold. And Melmoth? His head hurts. That microchip, he thinks, must be on the fritz. Can he remediate? In the world that is, it is late in the day. For Melmoth. For everyone. Realistic and fantastic, comic and profound, 2094 is a story of quest and protest that imagines a future being born today.

John Lauricella was born in Brooklyn, New York, and grew up in Scotch Plains, New Jersey, where he attended the public schools. He studied fiction-writing at Colgate University, was elected to Phi Beta Kappa, and graduated magna cum laude. Later, he earned an M.F.A. in creative writing and a Ph.D. in English at Cornell University. He is the author of "Home Games: Essays on Baseball Fiction" (McFarland & Company, 1999), chapters of which have been reprinted in "Contemporary American Authors" (Gale Research), and "Twentieth Century Literary Criticism" (Gale/Cengage Learning). Lauricella has published short fiction in "Arts & Letters: Journal of Contemporary Culture," and in "Stone Canoe: A Journal of Arts, Literature, and Social Commentary." He has taught fiction-writing, expository writing, and personal-essay writing (as well as courses in the American novel, British modernism, and the poetry and prose of Renaissance England) at several colleges and universities. He has worked as library archivist, golf caddie, commercial freelance writer, proof-reader, and copy-editor. His first novel, "Hunting Old Sammie," was published by Irving Place Editions in 2013 and the same imprint published his novel, "The Pornographer's Apprentice" in 2015. He and his wife and their children have lived in Ithaca, New York, since 2001.
or
Buy Here
Copyright © 2020 American Booksellers Association