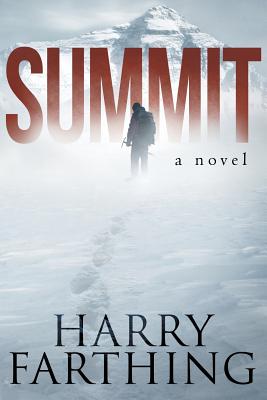 Harry Farthing is an English writer who lives in Charleston, South Carolina. A fellow of the British Royal Geographical Society, he has travelled extensively visiting extreme environments such as the Sahara Desert, the Amazon and the Arctic North. As a mountaineerhe has climbed Mt Blanc and the Matterhorn in the Alps, Kilimanjaro in Tanzania, Mt McKinley (Denali) in Alaska, and Shishapangma and Mount Everest in the Himalaya. In 2011 he made a solo journey across continental North America by motorcycle that linked the Atlantic, Arctic and Pacific Oceans and travelled 2,000 miles of unpaved roads above the 60th Parallel. As a writer, he is interested in archaeology and world history, particularly the twentieth century, and inspired by the writings of Bruce Chatwin, Ted Simon, Laurie Lee, Antony Beevor, and James Ellroy, as well as the cinematic works of Martin Scorsese and Quentin Tarantino, amongst others. In his debut novel, Summit, he marries his knowledge of mountaineering, world travel and history to tell an exciting action-adventure story.
Loading...
or
Not Currently Available for Direct Purchase