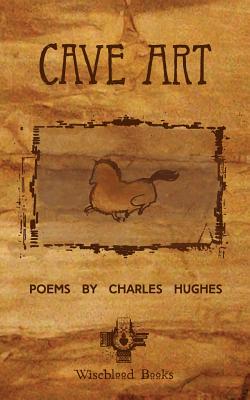 "Charles Hughes can see and say things exactly. In 'Signs, ' for instance, 'Blotches of snow in March' look like 'the candle wax / Left over from a party, dirty white / Beneath today's strong sun.' The subjects of his poems range from the modestly domestic (as in 'Mornings after Thirty-Eight Years, ' a portrait of a long, happy marriage) to the gravely historical (as in 'Easter Spoils, 2012, ' a moving meditation on the death of Dietrich Bonhoeffer). In the title poem of Cave Art, Hughes speaks of 'dazzling life that . . . still survives as art and evidence, ' and this could serve as a description of the book itself." --Timothy Steele

"The poems in Charles Hughes's quietly assured first book are alive with a thoughtful curiosity and an impartial eye. Charged with the insights of a patiently-led inner life, they amplify the day-to-day particulars of his world: a suburban block, Chicago mass transit, river and woods, the passage of seasons in snow or sun, and the corresponding seasons, severe or clement, of life. But, whether they are dark, like 'The River's Gift' or gently loving like 'November Song, ' the poems in this book intelligently capture the saving importance of love, memory, and language. " --Joshua Mehigan

"In these beautiful, moving poems, Charles Hughes unearths the 'stark, dazzling' artifacts, if you will, of a past that 'still survives as art and evidence, ' in the words of the marvelous title poem, the words of a keen, big-hearted observer and a gifted craftsman. Cave Art is a wonderful, rewarding debut." --Greg Williamson

A NOTE ABOUT THE AUTHOR

Charles Hughes was born in Chicago, Illinois. He earned a B.A. from Augustana College, in Rock Island, Illinois, as well as a J.D. from Northwestern University, and worked as a lawyer for thirty-three years before his retirement. His poems have appeared in America, the Anglican Theological Review, Dappled Things, First Things, the Iron Horse Literary Review, Measure, The Rotary Dial, the Sewanee Theological Review, Verse Wisconsin, and elsewhere. He lives with his wife in the Chicago area.