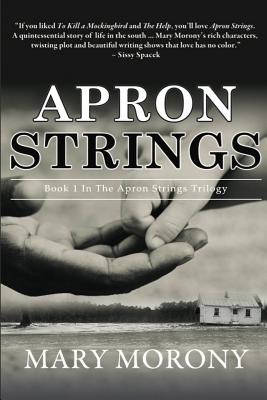 At seven years old, Sallee Mackey is wary of the grown-ups that populate her Southern world-especially her mother, Ginny-and with good reason.

Ginny is flat out dangerous and not the kind of dangerous that threatens mortal harm, though at times death might be preferred. It's far worse than that, especially if you cross her in one of her moods. Sallee learns early on to rely on stealth and a watchful eye-skills absolutely essential to living with her family. The one grown-up exception might be Ethel, the black maid who has been with the family for two generations. But even Ethel has secrets.

Ethel and Ginny's relationship goes back to girlhood. While Ginny has conveniently forgotten that fact, Sallee hasn't. Like a hound on a scent, Sallee questions Ethel constantly about the mysteries of their shared history. Only Mr. Dabney, the bigoted neighbor next door knows that he, too, shares in that same past.

As martial and neighborhood tensions rise, the family is beset with a number of menacing events, and Sallee discovers growing schisms inside her own home. Her parents' marriage dissolves, and Joe Mackey, Sallee's father, asks Ethel to testify on his behalf in a custody suit. Ethel's conflicted loyalties threaten to destroy not only herself but the children she loves.

Author Mary Morony is one of six children. She was born and raised in Charlottesville, Virginia, mainly by her family's maid. It was a time and place of segregated schools and water fountains, as well as restaurants and movie theaters that prohibited black customers. The mother of four children, she earned a bachelor of arts in English at the University of Virginia, with a concentration in creative writing, when she was in her forties. Morony was inspired to write Apron Strings by the relationship she was privileged to have with her family's maid, who taught her love and acceptance with warmth, humor, and unending patience. The author lives on a farm in Orange County, Virginia, with her husband, four dogs, and her daughter's cat.
or support indie stores by buying on