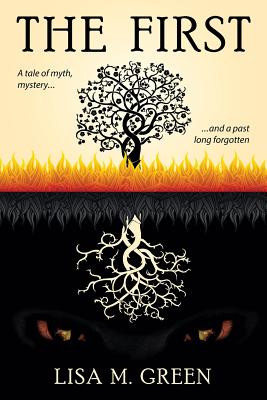 A tale of myth, mystery, and a past long forgotten...An ancient secret could hold the key to their salvation... or their destruction.

Rinni and her brother Mori have been raised by their grandmother ever since the violent death of their parents. The Shadows, creatures who lurk beyond the walls of their village, kill anyone who attempts to leave.

But the biggest threat lies within their own village. Everyone and everything is dying, slowly and without hope of salvation.

The most vital beliefs of her people begin to unravel, the threads hopelessly bound up with the fate of those who left the village long ago.

Rinni discovers that those beliefs are based on a deception that will rock the foundation of her entire people. To save them, she must learn to open her heart and sacrifice... everything.

A standalone novel for lovers of mythic and dystopian fantasy. Get your copy of The First today

Lisa M. Green is a speculative fiction author, as well as a high school English and Special Education teacher. She began writing at a very young age and even considered a career in screenwriting or journalism. Throughout her childhood, she drove everyone insane with her constant stories and plays. Friends and family were forced to watch--and often take part in--a plethora of theatrical performances. This passion for writing won her the very notable and prestigious Fourth Grade Writing Award in elementary school; she was very proud. Ms. Green also enjoys reading, cooking, traveling, hiking, and playing video games that girls aren't supposed to like.
or
Not Currently Available for Direct Purchase
Copyright © 2020 American Booksellers Association