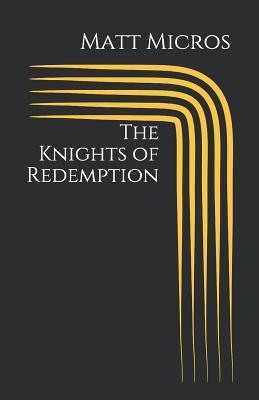 The Knights of Redemption

The Knights of Redemption tells the story of five men who are arrested the same night for unrelated crimes and thrown together in a New Haven, Connecticut jail.Henry Whitman is the President of Yale University who always does the right thing and is the "moral compass" for everyone that knows him. Rogers Conner-the person Major League baseball players voted "the person you would least like to play with"-is about to sign with the Yankees in the twilight of his career. Matt O'Malley is a failed, small-town politician who is trying to pick up the pieces of his career and personal life. Hector Rodriguez is the Assistant Manager at a car wash who has found life in the United States to be a struggle since coming over from Mexico. Mo Falls is a popular television star who has just been thrown off the #1 rated show in the country for his outlandish behavior.At first glance, these men appear to have little in common, but a closer look reveals that their lives are more intertwined than they realize, that they have been brought together for a reason, and that each person-has the ability to help one of the others. Posing the question, "What if you had the opportunity to rectify your greatest mistake?," The Knights of Redemption allows us to reflect on our own successes, failures, and regrets of the past, while gently reminding us that we are given one life to live, so live it well...

Matt Micros received a B.A. in American Studies from the University of Notre Dame and his M.S. in Television, Radio and Film from Syracuse's Newhouse School of Communications, before spending seven years in Los Angeles working in television production, followed by a stint at Creative Artists Agency. He currently resides in Stratford, Connecticut with his wife, Katy, and their dog, Mr. Beans.
Loading...
or support indie stores by buying on