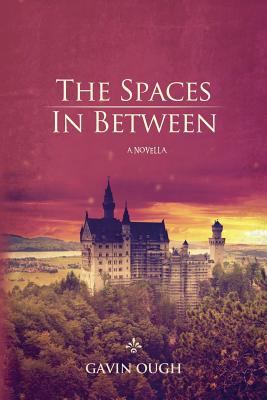 The Spaces In Between (Paperback)

What makes a hero a hero? Courage? Honor? Determination?

Young Gremlaw has these qualities in spades, but he wouldn't call himself a hero-these days he mainly plays the role of a thief, doing whatever it takes to survive.

But when the dangerous narcotic Forever begins infiltrating the kingdom of Trathlain, Duke DeLarouge decides Gremlaw is just the thief to help him discover who is smuggling the drug across their borders. And DeLarouge will do whatever it takes to ensure that Gremlaw agrees.

Forced into a dangerous mission, Gremlaw unknowingly takes the first steps of his hero's journey, willing to risk his life in order to protect the only two people he loves.

The Spaces in Between is a fantasy adventure full of magic and intrigue, testing the boundaries of the human mind and the complexities of the heart.

Along the way, Gremlaw discovers that he has a remarkable ability: he can see negative space, allowing him to slip through gaps that others overlook. But he soon learns that gifts can also be curses, and when he is abducted and imprisoned by the Lavashians, his power may in fact be the end of him.

A solid read that surprises and inspires, Gremlaw's tale will keep you guessing and hoping until the final page.

Gavin Ough is a fiction writer who, after spending years tending other people's lawns, decided to finally pursue his own dream of being an author. He is currently working toward his BA in English language and literature through the Open University. Ough has served as a ghostwriter on numerous short stories, and he now writes for Serealities, an online collection of serial stories. Ough lives in a small town in Kent, England, with his wife and youngest daughter; his older two daughters are away at university. The Ough household also includes a cantankerous Yorkshire terrier, a socially unstable chocolate Labrador, three affable cats, and one not-so-friendly feline.
or support indie stores by buying on
Copyright © 2020 American Booksellers Association