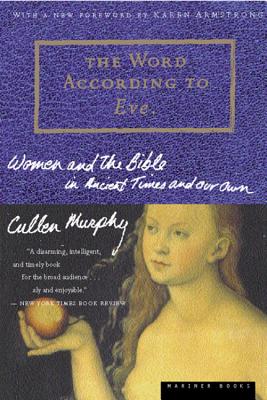 The Word According to Eve

Women and the Bible in Ancient Times and Our Own

In the world that created the Bible, there were no female scholars and theologians, yet in the past four decades, owing to such stunning discoveries as the Dead Sea Scrolls and the Nag Hammadi texts, as well as advances in historical understanding and the rise of feminism, a generation of scholars has found new ways to interpret the Scriptures and the societies that created them -- exploring avenues traditionally ignored by male-dominated religious study. Surveying the new scholarship and the personalities of those who have created it, The Word According to Eve not only explores afresh the history of our religions but offers exciting new challenges to our sense of worship.

Praise For The Word According to Eve: Women and the Bible in Ancient Times and Our Own…

"In The Word According to Eve, such startling scholarship is unveiled for us by a guide and translator with good humor, graceful prose and formidable intellect." The Los Angeles Times

"The Word According to Eve is a disarming, intelligent, and timely book for the broad audience . . . sly and enjoyable." The New York Times