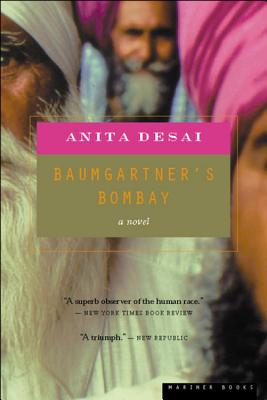 A "beautifully written, richly textured, and haunting story" (Chaim Potok), BAUMGARTNER'S BOMBAY is Anita Desai's classic novel of the Holocaust era, a story of profound emotional wounds of war and its exiles. The novel follows Hugo Baumgartner as he flees Nazi Germany -- and his Jewish heritage -- for India, only to be imprisoned as a hostile alien and then released to Bombay at war's end. In this tale of a man who, "like a figure in a Greek tragedy . . . seems to elude his destiny" (NEW LEADER), Desai's "capacious intelligence, her unsentimental compassion" (NEW REPUBLIC) reach their full height.

ANITA DESAI is the author of Fasting, Feasting, Baumgartner’s Bombay, Clear Light of Day, and Diamond Dust, among other works. Three of her books have been shortlisted for the Booker Prize. Desai was born and educated in India and now lives in the New York City area.
Loading...
or support indie stores by buying on