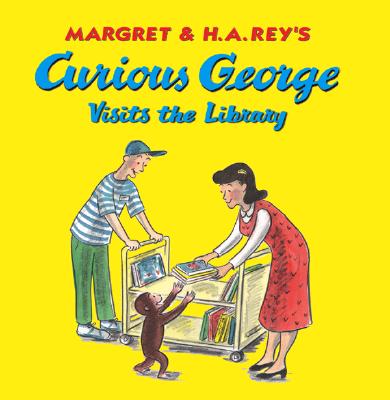 George is lucky to arrive at the library just in time for story hour. But it’s not easy for a little monkey to sit still too long. From selecting books to getting his very own library card, George’s day at the library makes reading fun.

Martha Weston was the author and illustrator of two charming picture books about Tuck, as well as the illustrator of Clarion's successful Owen Foote books by Stephanie Greene. Martha Weston died in 2003.
or
Not Currently Available for Direct Purchase