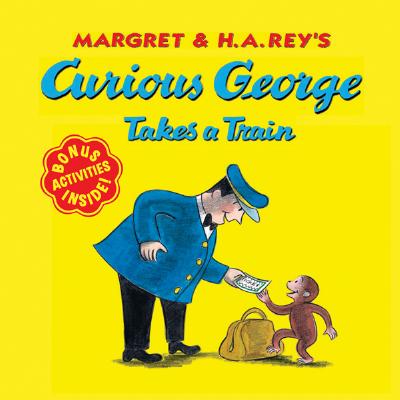 Curious George heads to the train station to take a trip with the Man with the Yellow Hat, but when he tries to help out the station master, he gets himself into trouble. George finds himself a hiding place—only to discover that his help is really needed when a little boy’s toy train is about to fall onto the tracks. NEW on inside and back covers: connect-the-dots, fun facts, and telling time activities.