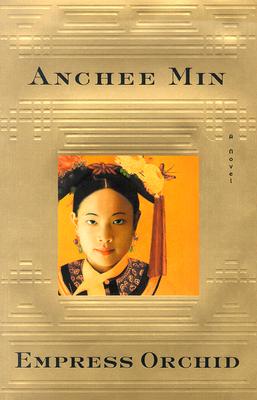 The setting is China's Forbidden City in the last days of its imperial glory, a vast complex of palaces and gardens run by thousands of eunuchs and encircled by a wall in the center of Peking. In this highly ordered place -- tradition-bound, ruled by strict etiquette, rife with political and erotic tension -- the Emperor, "the Son of Heaven," performs two duties: he must rule the court and conceive an heir. To achieve the latter, tradition provides a stupendous hierarchy of hundreds of wives and concubines. It is as a minor concubine that the beautiful Tzu Hsi, known as Orchid as a girl, enters the Forbidden City at the age of seventeen.
It is not a good time to enter the city. The Ch'ing Dynasty in 1852 has lost its vitality, and the court has become an insular, xenophobic place. A few short decades earlier, China lost the Opium Wars, and it has done little since to strengthen its defenses or improve diplomatic ties. Instead, the inner circle has turned further inward, naively confident that its troubles are past and the glory of China will keep the "barbarians" -- the outsiders -- at bay.
Within the walls of the Forbidden City the consequences of a misstep are deadly. As one of hundreds of women vying for the attention of the Emperor, Orchid soon discovers that she must take matters into her own hands. After training herself in the art of pleasing a man, she bribes her way into the royal bedchamber and seduces the monarch. A grand love affair ensues; the Emperor is a troubled man, but their love is passionate and genuine. Orchid has the great good fortune to bear him a son. Elevated to the rank of Empress, she still must struggle to maintain her position and the right to raise her own child. With the death of the Emperor comes a palace coup that ultimately thrusts Orchid into power, although only as regent until her son's maturity. Now she must rule China as its walls tumble around her, and she alone seems capable of holding the country together.
This is an epic story firmly in the mold of Anchee Min's Becoming Madame Mao. Like that best-selling historical novel, the heroine of Empress Orchid comes down to us with a diabolical reputation -- a woman who seized power through sexual seduction, murder, and endless intrigue. But reality tells a different story. Based on copious research, this is a vivid portrait of a flawed yet utterly compelling woman who survived in a male world, a woman whose main struggle was not to hold on to power but to her own humanity. Richly detailed and completely gripping, Empress Orchid is a novel of high drama and lyricism and the first volume of a trilogy about the life of one of the most important women in history.

[an] absolutely addictive book, a marvel of perfectly executed narrative The Baltimore Sun

An exotic tale filled with historical insight, richly transporting in its details, and compelling to the end.
O, The Oprah Magazine

nervously riveting and oddly beautiful. The reader...can end up gasping for breath.
The Star Tribune

keeps you riveted with heart-wrenching scenes of desperate failure and a sensuality that rises off its heated pages.
Elle

a stirring, exotic novel that is a treat for the senses and intellect alike.
Los Angeles Times