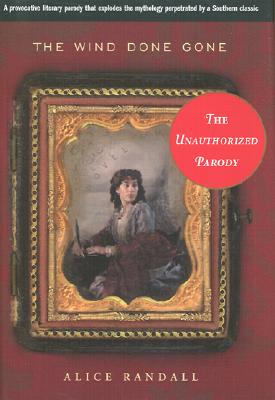 In a brilliant rejoinder and an inspired act of literary invention, Alice Randall explodes the world created in Margaret Mitchell’s famous 1936 novel, the work that more than any other has defined our image of the antebellum South. Imagine simply that the black characters peopling that world were completely different, not egregious, one-dimensional stereotypes but fully alive, complex human beings. And then imagine, quite plausibly, that at the center of this world moves an illegitimate mulatto woman, and that this woman, Cynara, Cinnamon, or Cindy -- beautiful and brown -- gets to tell her story.
Cindy is born into a world in which she is unacknowledged by her plantation-owning father and passed over by her mother in favor of her white charges. Sold off like so much used furniture, she eventually makes her way back to Atlanta to take up with a prominent white businessman, only to leave him for an aspiring politician of her own color. Moving from the Deep South to the exhilarating freedom of Reconstruction Washington, with its thriving black citizenry of statesmen, professionals, and strivers of every persuasion, Cindy experiences firsthand the promise of the new era at its dizzying peak, just before it begins to slip away.
Alluding to events in Mitchell’s novel but ingeniously and ironically transforming them, THE WIND DONE GONE is an exquisitely written, emotionally complex story of a strong, resourceful black woman breaking away from the damaging world of the Old South to emerge into her own, a person capable of not only receiving but giving love, as daughter, lover, and mother. A passionate love story, a wrenching portrait of a tangled mother-daughter relationship, and a book that gives a voice to those history has silenced, THE WIND DONE GONE is an elegant literary achievement of significant political force and a novel whose time has finally come.