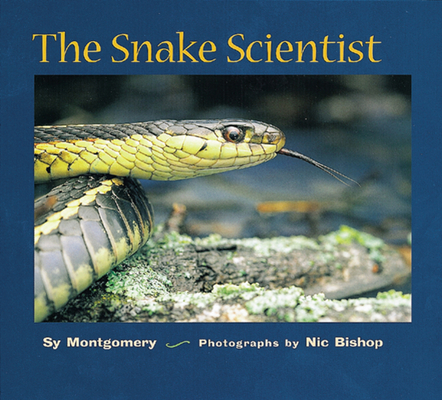 The Snake Scientist (Scientists in the Field)

Dr. Robert Mason has been studying a mysterious phenomenon for over fifteen years: the reemergence of tens of thousands of red-sided garter snakes — the world’s largest concentration of snakes — after a winter spent in a state of suspended animation in subterranean caverns.

This gathering each spring in the forests of Manitoba, Canada, is one of the most extraordinary events of the natural world and is the subject of study for Dr. Mason, a.k.a. the Snake Scientist.


Praise For The Snake Scientist (Scientists in the Field)…

"The lively text communicates both the meticulous measurements required in this kind of work and the thrill of new discoveries." SLJ, starred School Library Journal, Starred

"A stellar example of how good such books can be." --Booklist, starred Booklist, ALA, Starred Review

Each spring, 18,000 red-sided garter snakes emerge en masse from three underground dens in Manitoba, Canada, where they have spent the winter stacked on top of one another like cordwood. As the snakes spill out of the dens, Earthwatch volunteers and students gather them up and stuff them in pillowcases bought in bulk at the Salvation Army. The captured snakes then participate in a day's behavioral experiments directed by Bob Mason, a zoologist at Oregon State University. (In 1989 Mason identified the pheromone, or scent, that draws the male to the female garter snake.) The snakes might interact in colorful "arenas" that look like upended box kites or attempt to follow a path marked with scent through a maze. Mason is trying to figure out why female snakes prefer bigger males and how the snakes find their way to the marsh twenty miles away from the dens....A solid introduction to the ethos of experimental science as seen by a genial scientist with a research topic whose kid appeal is hard to beat.
Horn Book —