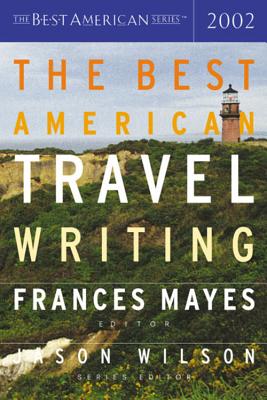 The Best American Travel Writing 2002 is edited by Frances Mayes, the author of Under the Tuscan Sun and Bella Tuscany and the master of “running away to live in the place of one’s dreams” (Los Angeles Times). Giving new life to armchair travel for 2002 are David Sedaris on God and airports, Kate Wheeler on a most dangerous Bolivian festival, André Aciman on the eternal pleasures of Rome, and many more.

"It's a captivating literary anthology that can be enjoyed on location or in the oft-mentioned armchair." Publishers Weekly

Frances Mayes is the author of the best-selling Under the Tucsan Sun and Bella Tuscany. She and her husband divide their time between their homes in San Rafael, California, and Cortona, Italy.
Loading...
or support indie stores by buying on