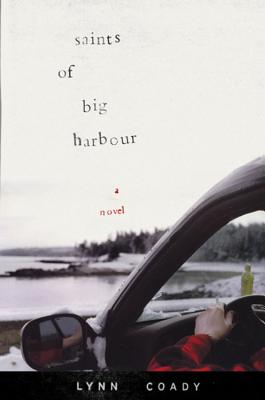 Lynn Coady’s fiction has been called “striking . . . [full of] crazy energy and hilarity” (National Post) and hailed for “avoiding the trendy, distancing devices of satire, cynicism and irony” (Globe and Mail). Coady’s third book, her first to be published in the United States, portrays a small community in Nova Scotia and the power of gossip and violence within it.
In "Saints of Big Harbour," Guy Boucher, a fatherless teenager, finds himself at the center of an ugly rumor involving a girl idealized by her town. Through his eyes and the stories of those who surround him — his uncle Isadore, Dickensian and overbearing; Pam, a quietly wise girl with a predilection for Shakespeare; his draft-dodger English teacher; a pair of golden boys stuck in emotional adolescence — several versions of truth emerge and combine. As the story unfolds, so does a portrait of a community driven and oppressed by clichés of gender, strength and beauty, family and love. Villainy is an everyday affair in Big Harbour, and the closest thing to heroism is Guy’s dogged ingenuousness and makeshift dignity.
In this, her most entertaining and profound book, Coady returns to the fertile territory explored by Ann-Marie MacDonald and Alistair MacLeod and again “displays a virtuosic charting of psychic ambiguity that never quits” (Toronto Star).

Praise For Saints of Big Harbour: A Novel…

"A wise tale . . . Coady has crafted a detailed, intimate and often bleak look at life in a remote and insular corner of Cape Breton, N.S." --Debby Waldman People Magazine

Lynn Coady has received the Canadian Author's Association/Air Canada Award for the best writer under thirty and the Dartmouth Book and Writing Award for Fiction. Her articles and reviews have appeared in publications throughout Canada, and Coady has written award-winning plays and a screenplay. Raised in Cape Breton, Nova Scotia, and lives in Vancouver, British Columbia.
Loading...
or
Not Currently Available for Direct Purchase