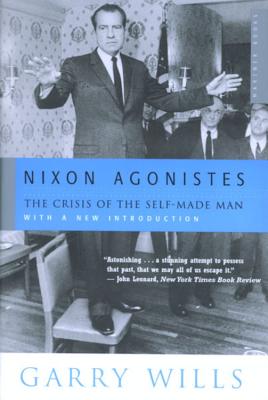 The Crisis of the Self-Made Man

From one of America's most distinguished historians comes this classic analysis of Richard Nixon. By considering some of the president's opinions, Wills comes to the controversial conclusion that Nixon was actually a liberal. Both entertaining and essential, Nixon Agonistes captures a troubled leader and a struggling nation mired in a foolish Asian war, forfeiting the loyalty of its youth, puzzled by its own power, and looking to its cautious president for confidence. In the end, Nixon Agonistes reaches far beyond its assessment of the thirty-seventh president to become an incisive and provocative analysis of the American political machine.


Praise For Nixon Agonistes: The Crisis of the Self-Made Man…

GARRY WILLS, a distinguished historian and critic, is the author of numerous books, including the Pulitzer Prize–winning Lincoln at Gettysburg, Saint Augustine, and the best-selling Why I Am a Catholic. A regular contributor to the New York Review of Books, he has won many awards, among them two National Book Critics Circle Awards and the 1998 National Medal for the Humanities. He is a history professor emeritus at Northwestern University.