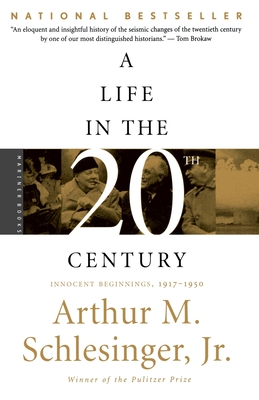 A Life in the Twentieth Century

From America's most celebrated living historian comes this "sprightly, straightforward account of the first third of an active and charmed life" (New York Times). Arthur Schlesinger, Jr. turns a studied eye on a personal past and reconstructs the history that has made him such an iconic figure for generations of readers. A LIFE IN THE TWENTIETH CENTURY offers rare and revealing access to both the private world of a great American writer and the fine-grained texture of the American century.
Ranging from a fondly remembered childhood in the Midwest to a fascinating, storied academic and political life, this volume is an important addition to Schlesinger's body of work, "every bit as well written as anything Schlesinger has done" (Providence Sunday Journal) and "sure to be used by students of the times for years to come" (Boston Globe). "With style and humor and a master historian's deft blending of personal detail with epic events" (Wall Street Journal), Schlesinger evokes the struggles, the questions, the paradoxes, and the triumphs that shaped our era as only he can do.