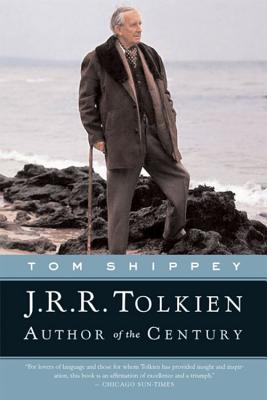 Author of the Century

Recent polls have consistently declared that J.R.R. Tolkien is "the most influential author of the century," and The Lord of the Rings is "the book of the century." In support of these claims, the prominent medievalist and scholar of fantasy Professor Tom Shippey now presents us with a fascinating companion to the works of J.R.R. Tolkien, focusing in particular on The Hobbit, The Lord of the Rings, and The Silmarillion.
The core of the book examines The Lord of the Rings as a linguistic and cultural map and as a response to the meaning of myth. It presents a unique argument to explain the nature of evil and also gives the reader a compelling insight into the unparalleled level of skill necessary to construct such a rich and complex story. Shippey also examines The Hobbit, explaining the hobbits' anachronistic relationship to the heroic world of Middle-earth, and shows the fundamental importance of The Silmarillion to the canon of Tolkien's work. He offers as well an illuminating look at other, lesser-known works in their connection to Tolkien's life.

Praise For J.r.r. Tolkien: Author of the Century…

"He is of all writers on Tolkien the one most worth reading" -- David Bratman, Mythprint

"Wonderfully readable...Shippey makes an impressive case for why the creator of Middle-earth is deserving of acclaim." Publishers Weekly

"Shippey is a rarity, a scholar well-schooled in critical analysis whose writing is beautifully clear." Minneapolis Star-Tribune

"Delightful exploration of the relationship between Tolkien's fiction...scholarly work and the mythical, linguistic and philosiphical history underlying both." Salon

"[Tolkien] deserves his full due, and Shippey's appreciative assessment of his unique achievement provides it in full and satisfying measure." Philadelphia Inquirer

"Shippey presents a remarkably insightful account of the origins of Tolkien's use of language and myth." The Chicago Tribune

"Full of things-we-hadn't-known...As scholarship, it's one of the more enjoyable works I've run across." The San Diego Union-Tribune

"[Shippey] deepens your understanding of the work without making you forget your initial, purely instinctive response to Middle-earth and hobbits." The Houston Chronicle

"An invaluable study...It illuminates the text and enables the reader to better appreciate the works under discussion." The Washington Times —

Tom Shippey taught at Oxford University at the same time as J.R.R. Tolkien and with the same syllabus, which gives him an intimate familiarity with the works that fueled Tolkien's imagination. He subsequently held the chair of English language and medieval literature at Leeds University that Tolkien had previously held.