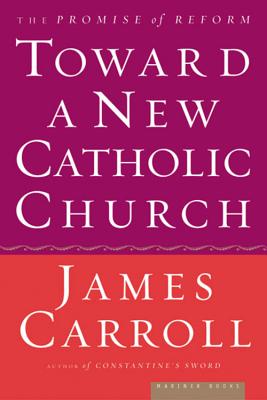 Toward a New Catholic Church

The Promise of Reform

Elaborating on “A Call for Vatican III” in his best-selling book Constantine’s Sword: The Church and the Jews, James Carroll proposes a clear agenda for reform to help concerned Catholics understand the most essential issues facing their Church. He moves beyond current events to suggest new ways for Catholics to approach Scripture, Jesus, and power, and he looks at the daunting challenges facing the Church in a world of diverse beliefs and contentious religious fervor. His case for democracy within the Church illustrates why lay people have already initiated change. Carroll shows that all Catholics -- parishioners, priests, bishops, men and women -- have an equal stake in the Church's future.

Praise For Toward a New Catholic Church: The Promise of Reform…

Fasten your seatbelts for an invigorating trip through idea-land, a strong historical sweep and profound grasp that a renewed Catholic church is still very much needed by the world.
Conscience