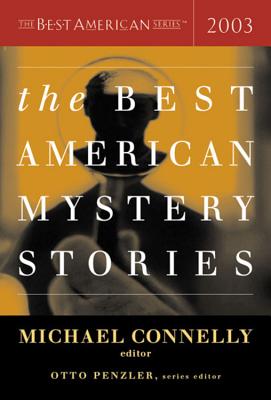 Since its inception in 1915, the Best American series has become the premier annual showcase for the country's finest short fiction and nonfiction. For each volume, a series editor reads pieces from hundreds of periodicals, then selects between fifty and a hundred outstanding works. That selection is pared down to twenty or so very best pieces by a guest editor who is widely recognized as a leading writer in his or her field. This unique system has helped make the Best American series the most respected -- and most popular -- of its kind.
This seventh installment of the premier mystery anthology boasts pulse-quickening stories from all reaches of the genre, selected by the world-renowned mystery writer Michael Connelly. His choices include a Prohibition-era tale of a scorned lover's revenge, a Sherlock Holmes&lt;en&gt;inspired mystery solved by an actor playing the famous detective onstage, stories of a woman's near-fatal search for self-discovery, a bar owner's gutsy attempt to outwit the mob, and a showdown between double-crossing detectives, and a tale of murder by psychology. This year's edition features mystery favorites as well as talented up-and-comers, for a diverse colleciton sure to thrill all readers.

OTTO PENZLER is a renowned mystery editor, publisher, columnist, and owner of New York’s The Mysterious Bookshop, the oldest and largest bookstore solely dedicated to mystery fiction. He has edited more than fifty crime-fiction anthologies. He lives in New York.