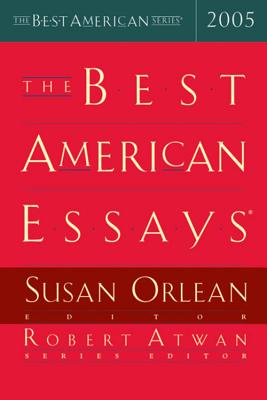 The Best American series has been the premier annual showcase for the country's finest short fiction and nonfiction since 1915. Each volume's series editor selects notable works from hundreds of periodicals. A special guest editor, a leading writer in the field, then chooses the very best twenty or so pieces to publish. This unique system has made the Best American series the most respected--and most popular--of its kind.

Susan Orlean, guest editor, is the author of My Kind of Place, The Orchid Thief, The Bullfighter Checks Her Makeup, and Saturday Night. A staff writer for The New Yorker since 1982, she has also written for Outside, Esquire, Rolling Stone, and Vogue.