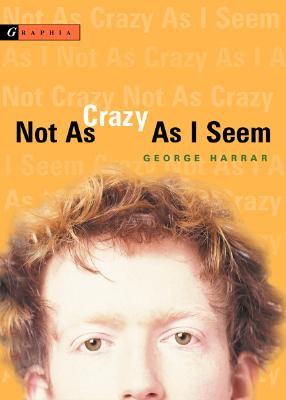 Not As Crazy As I Seem

Devon Brown won’t eat in the school caf (a germ swamp). He covers his hands before opening doors, eats things in groups of four (his lucky number), and hangs up his shirts (with all their buttons buttoned) by color. Some kids say Devon’s crazy, but he knows better—these are the tricks that keep bad things from happening, and he can’t imagine giving them up. Devon calls it “controlling things.” His doctor calls it obsessive-compulsive disorder. When Devon starts at a new school, his compulsions start to get him in trouble, and before long he realizes that his only choice is to confront his behaviors and the events that trigger them. In a compelling story of growing up different, George Harrar introduces us to a boy who just might change the way we think about “crazy.”

George Harrar is the author of several novels and numerous short stories, one of which was chosen for the 1999 edition of The Best American Short Stories. Harrar lives in Wayland, Massachusetts, with his wife, Linda, a documentary filmmaker.
Loading...
or
Not Currently Available for Direct Purchase