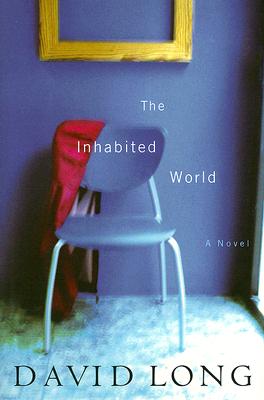 The eighth book from an award-winning and acclaimed author, The Inhabited World is Long's most gripping and profound work.

Evan Molloy -- a son, husband, and stepfather -- fatally shot himself but doesn’t know why. He is stuck in a state of purgatory in the house in Washington State where he lived and died. The woman who now lives there, Maureen Keniston, is in her late thirties and is trying to restart her life after breaking off a long affair with a married man. The novel deftly moves back and forth between the story of Evan's troubled life and Maureen's efforts to emerge from her own purgatory. In watching Maureen's struggles and ultimate triumph, Evan comes to see his own life and death in a completely new way.

Part psychological drama, part absorbing mystery, The Inhabited World paints a stirring portrait of a man caught between this world and the next and a woman who unwittingly offers him a sort of redemption he never could have predicted.

Praise For The Inhabited World…

"Gripping...meticulous...The Inhabited World reads like the most intelligent mystery you'll ever pick up." --Pete Fromm, author of "As Cool As I Am" and "How All This Started"

"This is a terrific novel, and you can't help thinking, from time to time, that in a better world David Long would be a famous writer. But, as the book makes pretty clear, there is no better world; just this one. And when the words are right, even this world is sweet enough." -The New York Times Book Review

"Long is a lovely craftsman, with alternating sharpness and gentleness to his style. His portraits of relationship breakups are snapshot clean, often devastating." - The Los Angeles Times Los Angeles Times

"Long has a keen and sympathetic eye for observing the daily business of living." --Barbara Lloyd McMichael Seattle Times/Post-Intelligencer