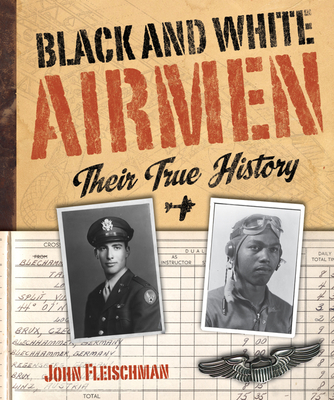 Here is the true history of a friendship that almost wasn’t.

John Leahr and Herb Heilbrun grew up in the same neighborhood and were in the same third grade class together. They were classmates—not friends—because Herb was white and John was black.

John and Herb were twenty-one when the United States entered WWII. Herb became an Army Air Forces B-17 bomber pilot. John flew P-51 fighters. Both were thrown into the brutal high-altitude bomber war against Nazi Germany, though they never met because the army was rigidly segregated—only in the air were black and white American fliers allowed to mix.

Both came safely home but it took Herb and John another fifty years to meet again and discover that their lives had run almost side by side through war and peace. Old friends at last, Herb and John launched a mission to tell young people why race once made all the difference and why it shouldn’t anymore.


Praise For Black And White Airmen: Their True History…

Definitely worth remembering. . . . The story of these two friends is enough to keep all readers interested.
VOYA (Voice of Youth Advocates)

"[The] power of...alternating stories, illustrated with personal photographs and period documents...[t]eens will find reason to ponder just how much difference two decades can make." The Bulletin 9/2007 Bulletin of the Center for Children's Books —

John Fleischman uses his brain as a science writer with the American Society for Cell Biology and as a freelance writer for various magazines, including Discover, Muse, and Air & Space Smithsonian. He has been a science writer at the Harvard Medical School and a senior editor with Yankee and Ohio magazines. He lives in Ohio with his wife and a greyhound named Psyche.