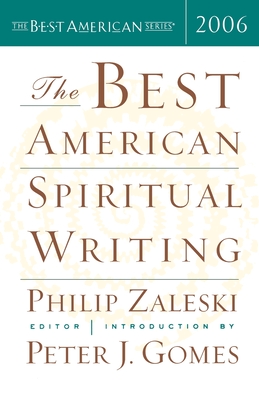 Philip Zaleski, an acclaimed writer and the editor of the series, has once again assembled an outstanding collection of thirty-five pieces that range far and wide in subject matter and style. In “The Cellular Church,” Malcolm Gladwell takes a look at the pastor Rick Warren, and Mary Gordon’s “Moral Fiction” explores the place of value judgments in literature. Michael Chabon describes his childhood fascination with the darkness and “silliness” that pervade the world of the Norse gods, and Katherine Paterson, an award-winning children's book writer, describes how faith plays a role in her work. Miles Hoffman and Wendell Berry both decry the loss of soul, the former speaking of modern music and its dire need for a miracle, and the latter of modern agriculture, which has strayed perilously far from its roots. The range of the volume is immense, stretching from Edward Hoagland’s discussion of America's social breakdown to Helen Tworkov’s analysis of the inherent conflict between feminism and Buddhism to Corby Kummer’s deliciously simple recipe for kosher almond cake.

The poems, too, run the gamut of human experience, with contributions from such distinguished poets as Mark Doty, Charles Martin, V. Penelope Pelizzon, Louis Simpson, C. K. Williams, and John Updike. The Best American Spiritual Writing 2006 is sure to please not only lovers of spiritual writing, but also those who long for writing that illuminates a vast range of issues beyond our immediate line of sight.