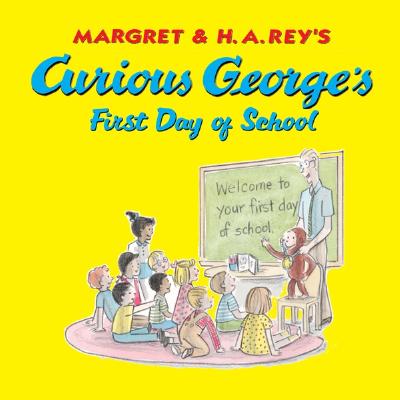 It’s the first day of school and George has been invited to Mr. Apple’s class to be a special helper! George is just the right monkey for the job—that is, until he starts to make his usual mischief. A mixture of red and yellow paint makes orange . . . a mixture of yellow and blue makes green. . . . and a mixture of all the paint colors makes a big mess! After a speedy adventure up and down the halls of the school, George and Mr. Apple clean up the classroom—with a little help from George’s new friends.