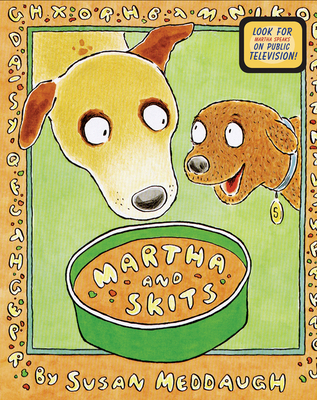 Martha’s family has a little surprise for her—a puppy. Martha’s world is turned topsy-turvy as she attempts to adjust to Skits, the exuberant, unabashed addition to the household.