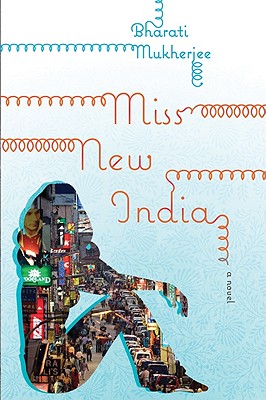 Anjali Bose’s prospects don’t look great. Born into a traditional lower-middle‑class family, she lives in a backwater town with only an arranged marriage on the horizon. But her ambition, charm, and fluency in language do not go unnoticed by her charismatic and influential expat teacher Peter Champion. And champion her he does, both to powerful people who can help her along the way and to Anjali herself, stirring in her a desire to take charge of her own destiny. So she sets off to Bangalore, India’s fastest‑growing metropolis, and soon falls in with an audacious and ambitious crowd of young people, who have learned how to sound American by watching shows like Seinfeld in order to get jobs in call centers, where they quickly out‑earn their parents. And it is in this high‑tech city where Anjali — suddenly free of the confines of class, caste, and gender — is able to confront her past and reinvent herself. Of course, the seductive pull of life in the New India does not come without a dark side . . .

"Each character fascinates, and every detail glints with irony and intent, as Mukherjee brilliantly choreographs her compelling protagonist's struggles against betrayal, violence, and corruption in a dazzling plot."
--Booklist  (starred)

Winner of a National Book Critic’s Circle Award, BHARATI MUKHERJEE is the author of eight novels, two story collections, and the coauthor of two books of nonfiction. She is a professor of English at the University of California, Berkeley.