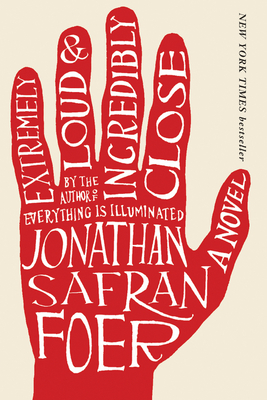 A funny, uplifting novel about a boy's journey through New York in the aftermath of September 11th from one of today's most celebrated writers.


Nine-year-old Oskar Schell embarks on an urgent, secret mission that will take him through the five boroughs of New York. His goal is to find the lock that matches a mysterious key that belonged to his father, who died in the World Trade Center on the morning of September 11. This seemingly impossible task will bring Oskar into contact with survivors of all sorts of an exhilarating, affecting, often hilarious, and ultimately healing journey. With humor, tenderness, and awe, Jonathan Safran Foer confronts the traumas of our country's difficult history.

Praise For Extremely Loud And Incredibly Close: A Novel…

“Energetic, inventive, and ambitious…an uplifting myth born of the sorrows of 9/11.”—Boston Sunday Globe   “Extremely Loud and Incredibly Close is a miracle, a daybreak, a man on the moon. It’s so impeccably imagined, so courageously executed, so everlastingly moving and fine.”—Baltimore Sun   “A funny, wise, deeply compassionate novel that will renew readers’ faith that the right book at the right time still has the power to change the world.”—O, The Oprah Magazine    —