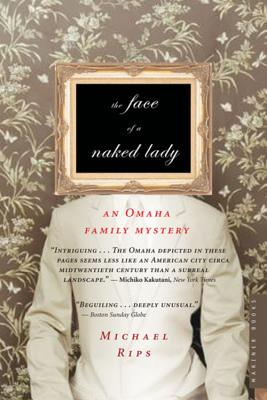 The Face of a Naked Lady

In a strangely fascinating memoir that could be described as Middle American gothic, Michael Rips delves into the secret past of his family and their seemingly sleepy Nebraska hometown, exposing the eccentricities and surprises that lurk below the surface. Rips learns that his father was raised in a notorious brothel rumored to have Mob ties. From here, the revelations get stranger, with stories of a dead man who fell through a ceiling, a man who wears a prosthetic penis on his boot to attract the ladies, a homeless millionaire, and a chicken-abusing adolescent. Intertwining past and present, this disarming, absorbing memoir is framed by Rips’s search to identify a woman who posed years earlier for one of his father’s paintings.

Michael Rips is a fifth-generation Nebraska native. A graduate of Oxford University, he served as a law clerk to a Supreme Court justice, is now an adviser to several museums and foundations, and, when not writing in coffee shops around New York City, continues to practice criminal litigation. He is the author of Pasquale’s Nose: Idle Days in an Italian Town. He lives at the Chelsea Hotel with his wife and daughter.
Loading...
or support indie stores by buying on