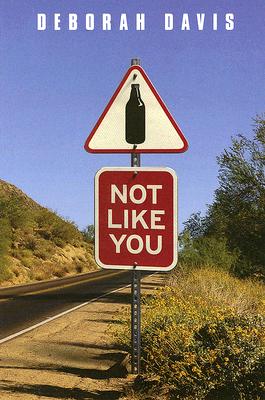 "Starting a new chapter" is how Kayla’s mother, Marilyn, has always referred to their abrupt moves—five in the past two years. But what 15-year-old Kayla hates even more than moving is Marilyn’s drinking. It once landed Kayla in foster care, and she’ll do anything to keep that from happening again, even if it means making sacrifices in her own life to keep her mother from falling apart.

Now Marilyn has moved them to New Mexico and promised, yet again, to quit booze for good. Kayla knows better than to believe her, but something about this move does feel different. Kayla is putting down roots, earning money as a dog walker, and spending time with Remy, a 24-year-old musician. And after years of taking care of her mother, Kayla is starting to think of herself and who she wants to be. She knows for sure who she doesn’t want to be. But is she willing to do whatever it takes to create a different life for herself—even if it means leaving her mother behind?

Sharply honest and beautifully written, this powerful novel is about loving someone else enough to stay with her through anything—and loving yourself enough to let her go.

"Thoughtful, touching, and honest, this story hits all the right notes ... a book to learn from and remember." School Library Journal, Starred

"A strongly written portrait of a sympathetic young woman who isn't quite as matured by her life as she thinks." Bulletin of the Center for Children's Books