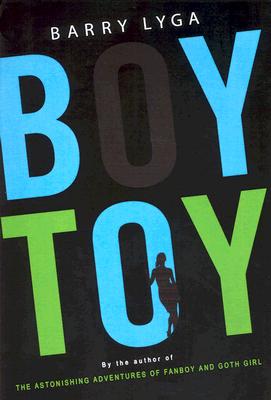 Josh Mendel has a secret. Unfortunately, everyone knows what it is.
Five years ago, Josh's life changed. Drastically. And everyone in his school, his town seems like the world thinks they understand. But they don t they can t. And now, about to graduate from high school, Josh is still trying to sort through the pieces. First there's Rachel, the girl he thought he d lost years ago. She's back, and she's determined to be part of his life, whether he wants her there or not.Then there are college decisions to make, and the toughest baseball game of his life coming up, and a coach who won t stop pushing Josh all the way to the brink. And then there's Eve. Her return brings with it all the memories of Josh's past. It's time for Josh to face the truth about what happened.
If only he knew what the truth was . . .

[S]uccessful...character development...Lyga's cast feels very real, and he knows how to play them against each other.
Booklist, ALA

"[R]eaders drawn by the provocative subject matter may likely find themselves thinking more seriously about the truth behind the ribald humor." The Bulletin October 2007 Bulletin of the Center for Children's Books