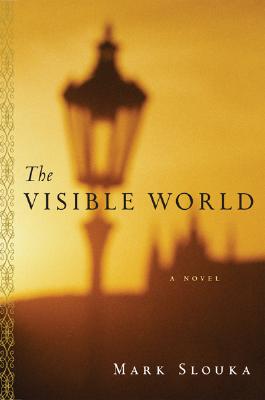 The Visible World is an evocative, powerfully romantic novel about a son's attempt to understand his mother's past, a search that leads him to a tragic love affair and the heroic story of the assassination of a high-ranking Nazi by the Czech resistance.
The narrator of The Visible World, the American-born son of Czech immigrants living in New York, grows up in an atmosphere haunted by fragments of a past he cannot understand. At the heart of that past is his mother, Ivana, a spontaneous, passionate woman drifting ever closer to despair. As an adult, the narrator travels to Prague, hoping to learn about a love affair between his then young mother and a member of the resistance named Tomas, an affair whose untimely end, he senses, lay behind Ivana's unhappiness. Ultimately unable to complete his knowledge of the past, he imagines the two lovers as participants in one of the more dramatic (and true) moments of the war, and through the deeply romantic story he tells, creates not only the ending of their story but the beginning of his own.
The Visible World is a literary page-turner and an immensely moving novel about the vagaries of love and our need to make sense of life through the telling of stories.


Praise For The Visible World…

"An eloquent testament to the power of storytelling." Kirkus Reviews

“The sheer beauty of Mark Slouka's prose will draw comparisons to The English Patient." --Gary Shteyngart

“It’s a triumph of story-telling…When has an elegy ever been so passionate, and historical moment so fully imagined?” -- Patricia Hampl

“Sentence for sentence, word for word, Mark Slouka is one of our very best writers…a book that will last.” --Colum McCann

“His novel’s power lives in the imaginative effort…to portray loss that is inherited…It’s a moving book.” –Richard Ford

“Mark Slouka, with this novel, proves what an exceptional writer he is…a master of the American vernacular.” --Amit Chaudhuri

"The Visible World is a beautifully written and thrilling poem about love…[It’s] a book you can’t put down.” --Richard Bausch

“Rich with intelligence and poetic detail, The Visible World demonstrates why Mark Slouka is one of our finest contemporary novelists.” –Elizabeth Berg

“A masterful work, it calls to mind the very finest Czech writers…I will re-read [it] again and again.” –Steve Yarbrough

"The Visible World reveals what is invisible within us. It's a pure pleasure to turn its pages." -- Ha Jin

“The Visible World gains on itself from page to page…a genuine page turner.” --Sven Birkerts