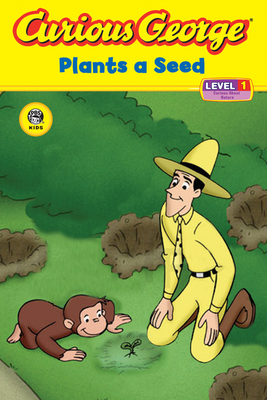 Curious George watches Jumpy the squirrel bury an acorn in the yard. Upon learning that Jumpy is storing food for later, George decides to do the same. The man with the yellow hat comes home to find the kitchen empty and its contents buried in the yard! It’s time to teach George about what things grow and what don’t. George finally gets it right when he grows a beautiful sunflower from a seed.