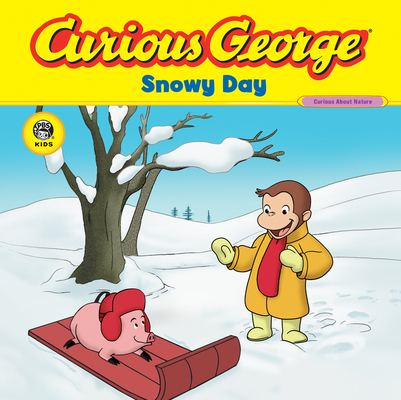 In this story based on the Curious George TV show, George learns about skiing, sledding, and snowshoeing in this book about a snow.

George is surprised to wake up and find snow outside! But it's hard for a little monkey to walk in such deep snow. Thankfully, his friends teach him all about snow and the different ways to play in it, and he uses his new skills to rescue a farmer’s stranded pig! The animated series Curious George is available to watch on Peacock, NBC Universal’s streaming platform.