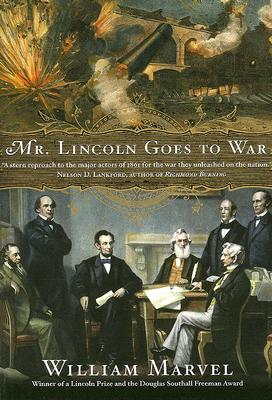 This groundbreaking work of history investigates the mystery of how the Civil War began, reconsidering the big question: Was it inevitable? William Marvel vividly depicts President Lincoln's tumultuous first year in office, from his inauguration through the rising crisis of secession and the first several months of the war. Drawing on original sources, Marvel suggests that Lincoln not only missed opportunities to avoid conflict with the South but actually fanned the flames of war. Then he wittingly violated the Constitution in his effort to preserve the Union.

With a keen eye for the telling detail -- on the battlefield as well as in the White House -- William Marvel delivers a satisfying revisionist history of Lincoln and the early days of the Civil War.

WILLIAM MARVEL’s many acclaimed books on the Civil War include The Great Task Remaining, Lincoln's Darkest Year, Mr. Lincoln Goes to War, and Andersonville. He has won a Lincoln Prize, the Douglas Southall Freeman Award, and the Bell Award.