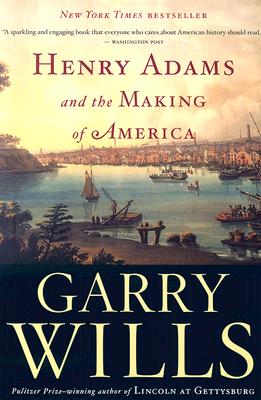 Henry Adams and the Making of America

In Henry Adams and the Making of America, Pulitzer Prize winner Garry Wills makes a compelling argument for a reassessment of Henry Adams as our nation’s greatest historian and his History as the “nonfiction prose masterpiece of the nineteenth century in America.” Adams drew on his own southern fixation, his extensive foreign travel, his political service in the Lincoln administration, and much more to invent the study of history as we know it. His nine-volume chronicle of America from 1800 to 1816 established new standards for employing archival sources, firsthand reportage, eyewitness accounts, and other techniques that have become the essence of modern history.

Ambitious in scope, nuanced in detail, Henry Adams and the Making of America throws brilliant light on the historian and the making of history.

GARRY WILLS, a distinguished historian and critic, is the author of numerous books, including the Pulitzer Prize–winning Lincoln at Gettysburg, Saint Augustine, and the best-selling Why I Am a Catholic. A regular contributor to the New York Review of Books, he has won many awards, among them two National Book Critics Circle Awards and the 1998 National Medal for the Humanities. He is a history professor emeritus at Northwestern University.
or support indie stores by buying on