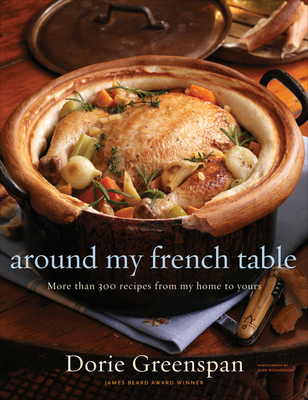 Inducted into the James Beard Foundation’s Who’s Who of Food and Beverage in America, DORIE GREENSPAN is the author of 14 cookbooks, including Baking with Dorie; Dorie's Cookies, a 2017 James Beard Award-winner for Best Baking and Dessert book; Around My French Table, a New York Times bestseller that wasnamed Cookbook of the Year by the IACP; Baking Chez Moi, also a Times bestseller; and Baking: From My Home to Yours, a James Beard Award winner. She lives in New York City, Westbrook, Connecticut, and Paris.