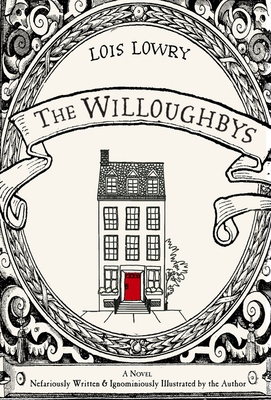 From the New York Times Bestselling and two-time Newbery Medal-winning author of The Giver and Number the Stars, comes a delightfully tongue-in-cheek story about parents trying to get rid of their four children and the children who are all too happy to lose their beastly parents and be on their own.

The Willoughby children—Timothy, twins Barnaby A and Barnaby B, and their sister Jane—are fond all old-fashioned things, but especially old-fashioned adventures. What they aren't fond of, however, are their parents. Truth be told, their parents aren't the fondest of them, either, and they're concocting an evil plan to get rid of their children once and for all!

Both parents and children have plenty of dastardly ideas and tricks up their sleeves. The only thing they don't have is any idea of what lies between them and a happily-ever-after.

Complete with a cheeky glossary and bibliography, this hilarious and wonderfully old-fashioned parody pays playful homage to classic works of children’s literature like Mary Poppins and A Christmas Carol.

Praise For The Willoughbys…