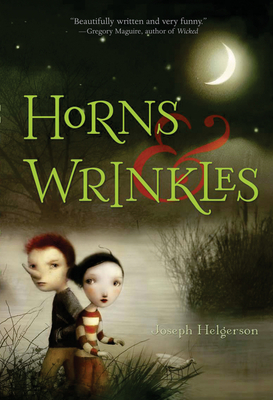 How can you tell if a river’s under a spell? River trolls, rock trolls, blue-wing fairies—the usual suspects. The stretch of the Mississippi where Claire lives has rumors of them all, not that she’s ever spotted any. But then Claire’s cousin Duke takes a swim and sprouts a horn—a long, pointy, handsome thing. After that, Claire doesn’t have much choice but to believe that something rivery is going on, especially since she’s the only one who can help Duke lose his new addition.

Joseph Helgerson lives in Minneapolis with his wife, daughter, and son.

Nicoletta lives and works in San Marino, Italy. Awarded with the Andersen prize, "baia delle favole" as best Italian illustrator of the year in 2001, Nicoletta has also received the silver medal from the Society of Illustrators of New York.
Loading...
or
Not Currently Available for Direct Purchase