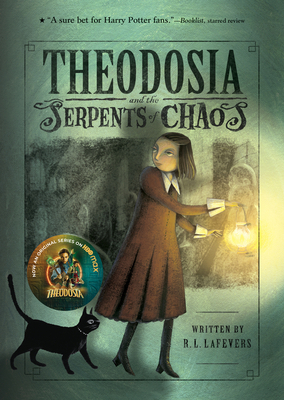 Theodosia And The Serpents Of Chaos (The Theodosia Series)

Theodosia Throckmorton has her hands full at the Museum of Legends and Antiquities in London. Her father may be head curator, but it is Theo—and only Theo—who is able to see all the magic and ancient curses that still cling to the artifacts in the museum.


Praise For Theodosia And The Serpents Of Chaos (The Theodosia Series)…

"Readers interested in archaeology will be drawn to the story's questions." Book Links January 2008 Book Links, ALA —


Yoko Tanaka lives in Los Angeles and Bangkok with her husband and three cats. In addition to illustrating the Theodosia books, she has also illustrated The Magician’s Elephant by Kate DiCamillo and a picture book, Sparrow Girl by Sara Pennypacker. Her artwork can be found at yokotanaka.com
Loading...
or support indie stores by buying on