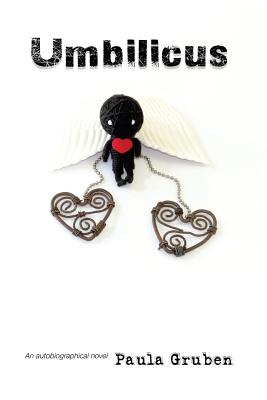 Charlotte van Katwijk guards herself like a secret. Kids are cruel, and she knows if they find out she's adopted, she'll be a bully's easy target. When they are fourteen, Charlotte's best friend's mom commits suicide. It triggers in Charlotte a sense of urgency to find her birth mother before it's too late, and the answers to her burning questions are taken to the grave. Seven years later, a tormented Charlotte comes face to face with her past. Will discovering more about her biological parents, and the circumstances surrounding her relinquishment, be enough to lay her demons to rest? Umbilicus is a coming-of-age story set in South Africa's biggest port city during the dying days of apartheid. The tumultuous zeitgeist of the era mirrors the inner turmoil of an angst-ridden adolescent as she grapples to form an identity and find her place in the world.

Paula Gruben is a writer living in Johannesburg, South Africa. She was put up for adoption as a newborn in 1974, under the highly secretive closed adoption system, which was common practice for young, unwed mothers at the time. Paula had a happy, carefree childhood, but knowing virtually nothing about her biological roots resulted in a crippling identity crisis during her teenage years, manifesting in all forms of anti-social and self-destructive behaviour, and ultimately a deeply dysfunctional relationship with her adoptive parents. When she turned 21 in 1995, Paula was granted access to her file at the Durban Child and Family Welfare Society, which had facilitated the adoption. She met her birth mother shortly thereafter, and her birth father two years later. The seed for writing a book about her remarkable adoption journey was planted, but then life took over. It was only when faced with the shock of an unplanned pregnancy, just before turning 36 in 2010, that Paula could fully empathise with what both her birth mother *and* adoptive mother must've gone through at the time she entered their lives. The seed started germinating at a frantic pace and, armed with the wisdom of age, Paula knew it was finally time to tell the story. 'Umbilicus' is her debut novel.
Loading...
or support indie stores by buying on