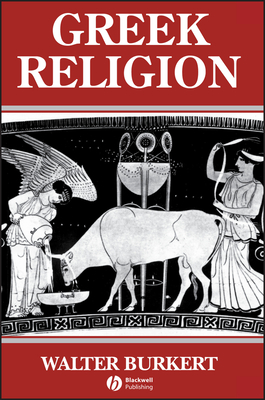 This is the first major synthesis of Greek religion to appear for a generation. A clearly structured and readable survey for classical scholars and students, it will also be generally welcomed as the best modern account of any polytheistic religious system. The text builds up an impressive and coherent picture of the current state of knowledge about the religion of the ancient Greeks.

Walter Burkert was a German scholar of Greek mythology and cult. A professor of classics at the University of Zurich, Switzerland, he taught in the UK and the US. John Raffan is the author of Greek Religion: Archaic and Classical, published by Wiley.
or support indie stores by buying on
Copyright © 2020 American Booksellers Association