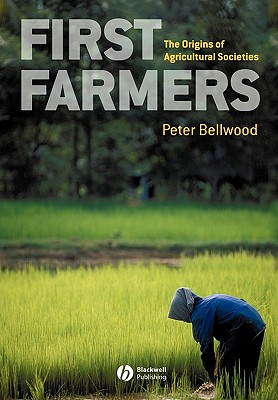 The Origins of Agricultural Societies

First Farmers: the Origins of Agricultural Societies offers readers an understanding of the origins and histories of early agricultural populations in all parts of the world.

Peter Bellwood is Professor of Archaeology at the Australian National University. He is the author of Examining the Farming/Language Dispersal Hypothesis (co-edited with Colin Renfrew, 2003), Prehistory of the Indo-Malaysian Archipelago (2nd edition 1997), The Polynesians: Prehistory of an Island People (1987), and Man's Conquest of the Pacific: The Prehistory of Southeast Asia and Oceania (1986).
Loading...
or support indie stores by buying on