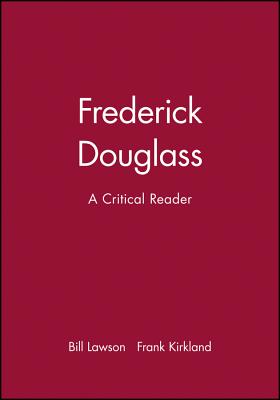 Philosophically, Douglass's work sought to establish better ways of thinking, especially in the light of his convictions about our humanity and democratic legitimacy - convictions that were culturally and historically shaped by his experience of, and struggle against, the institution of American slavery.

Bill E. Lawson is Professor of Philosophy at Michigan State University. His area of research is African-American Social and Political Philosophy and the theory of social contract. He has published numerous articles as well as two books, The Underclass Question, an anthology of writings by African-American philosophers on the issue of the urban underclass, and Between Slavery and Freedom (with Howard McGary), an examination of ethical issues in the American slavery experience. Frank M. Kirkland is Associate Professor of Philosophy at Hunter College and at the Graduate Centre, both of the City University of New York. He has published a variety of scholarly articles on Kant, Hegel, and Husserl, as well as on the urban underclass and the relation of modernity to African American life. He has also edited a collection of essays entitled Phenomenology, East and West. He is currently completing a scholarly monograph, Hegel and Husserl: Idealist Meditations.
Loading...
or support indie stores by buying on