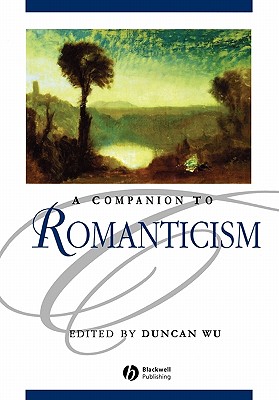 Companion to Romanticism (Blackwell Companions to Literature and Culture)

The Companion to Romanticism is a major introductory survey from an international galaxy of scholars writing new pieces, specifically for a student readership, under the editorship of Duncan Wu.

Duncan Wu is Professor of English Literature at the University of Glasgow. His numerous publications include Romanticism: An Anthology, Second Edition (1998), Romanticism: A Critical Reader (1995), Romantic Women Poets: An Anthology (1997), an edition of William Wordsworth's The Five-Book Prelude (1997) and, with Tom Paulin, of William Hazlitt's The Plain-Speaker: Key Essays (1998), all available from Blackwell Publishers. He has collaborated with David Miall in preparing Blackwell Publishers' Romanticism: The CD-Rom and is the editor of a nine volume edition of The Selected Writings of William Hazlitt (1998).
Loading...
or support indie stores by buying on