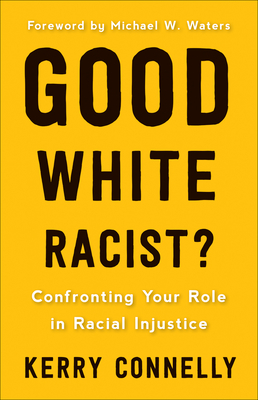 Confronting Your Role in Racial Injustice

A no-nonsense call to action for all those willing to confront their complicity, Good White Racist? promises 'This is going to be hard, and you are going to be uncomfortable. But it will be worth it.' - Foreword Reviews

When it comes to race, most white Americans are obsessed with two things: defending our own inherent goodness and maintaining our own comfort levels. Too often, this means white people assume that to be racist, one has to be openly hateful and willfully discriminatory--you know, a bad person. And we know we're good, Christian people, right? But you don't have to be wearing a white hood or shouting racial epithets to be complicit in America's racist history and its ongoing systemic inequality.

In Good White Racist?, Kerry Connelly exposes the ways white people participate in, benefit from, and unknowingly perpetuate racism--despite their best good person intentions. Good White Racist? unpacks the systems that maintain the status quo, keep white people comfortable and complicit, and perpetuate racism in the United States and elsewhere. Combining scholarly research with her trademark New Jersey snark, Connelly shows us that even though it may not be our fault or choice to participate in a racist system, we all do, and it's our responsibility to do something about it.