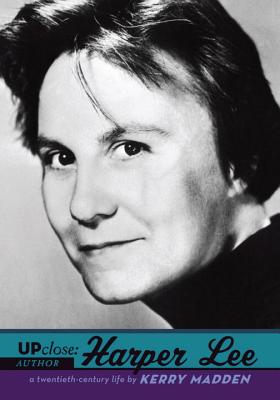 Read Kerry Madden's posts on the Penguin Blog. Nelle Harper Lee's To Kill a Mockingbird was published in 1960 and became an instant bestseller. Two years later it was an Academy Award- winning film. Today, it remains standard--and beloved--reading in English classes. But Lee never wanted "the book" to define who she was, which explains her aversion to any kind of publicity. Kerry Madden conducted extensive research for this Up Close biography, which reveals Lee to be a down-to-earth Southern woman who prefers to live simply, like her neighbors do, despite the fact that she is a treasured literary legend. Madden's in-depth biography is now more relevant than ever: 2015's historic release of Go Set a Watchman--written by Lee before To Kill a Mockingbird and lost for decades--has thrust Lee and her work back into the spotlight. A Booklist Top Ten Biography of 2009 A Kirkus Best Book of 2009.

Extensive source notes and an excellent bibliography round out this superb biography, one of the best in the Up Close series. -Kirkus Reviews, starred review

Kerry Madden (www.kerrymadden.com) is the author of the Appalachian Maggie Valley Trilogy: Gentle's Holler, Louisiana's Song, and Jessie's Mountain (all Viking). Her other books include Offsides, a 1997 New York Public Library Books for the Teen Age selection, Writing Smarts, which helps kids craft their own stories and poetry, and Nothing Fancy About Kathryn & Charlie, about a Selma, Alabama friendship between a storyteller and a folk artist. Kerry is an Associate Professor of Creative Writing at the University of Alabama Birmingham and also teaches at Antioch University in Los Angeles and at the Sewanee Young Writers Conference in Tennessee. The mother of three grown children, she divides her time between Birmingham and Los Angeles.
Loading...
or
Not Currently Available for Direct Purchase