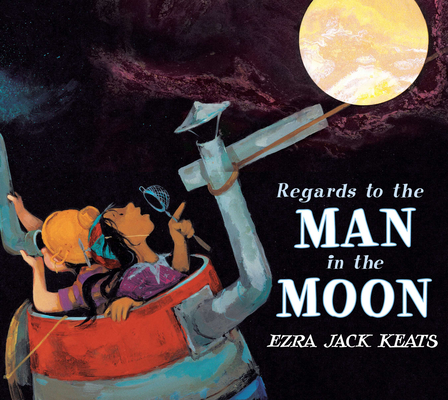 Regards to the Man in the Moon

When the other kids make fun of Louie and call his father "the junkman," his dad explains that the so-called junk he loves "can take you right out of this world" with a little imagination. So Louie builds the spaceship Imagination I and blasts off into his own space odyssey. Reissued just in time for the fortieth anniversary of the first lunar landing, this fantastical Keats adventure celebrates the power of imagination.

Ezra Jack Keats (1916–1983) is the Caldecott Medal winning author of The Snowy Day, which broke ground in 1962 as one of the first picture books for young children to portray a realistic, multi-cultural urban setting. Since its initial publication, The Snowy Day has come to be regarded as both a children’s classic and one of the most important picture books ever written/illustrated. Ezra Jack Keats’ legacy lives on in the popularity of his most famous character, Peter—the star of The Snowy Day, Whistle for Willie, Peter's Chair, A Letter to Amy, Goggles, and others. Visit the Ezra Jack Keats Foundation online at www.ezra-jack-keats.org
Loading...
or support indie stores by buying on
(This book is on backorder)